Alex Simmer the cider maker from Llanblethian Orchards was the chairman and organised the event. He had 60 ciders, and perries mainly from Wales, but a small selection from the Manchester area, and two ciders, a perry, and a pyder from Waulkmill Dumfries and Galloway.

There were also nine Street Food Vendors, varying from middle eastern falafels to a hog roast.

The numbers were down on last year, but it made a profit and was successful

The Hopbunker opposite the Castle in Cardiff won the Welsh Cider Pub of the Year award.

With a celebratory evening on Thursday 19th October I presented their certificate and joined in the enjoyable festivities of an excellent buffet and an evening of congratulatory entertainment.

Further to my discovering 3off 10lts bag in boxes of Bulmer’s cider at Beer on the Wye, at this point I believed they had been produced.by the Bulmer’s Cider Museum in Hereford which is a separate organisation, and not owned by Heineken.

On making further inquiries I found that H.P.Bulmer’s section of Heineken had a Research & development department on the site of the old Bulmer’s cider mill in Hereford, which was run by Dr Amalka Woodall. She was very helpful, and offered me a visit to her R&D department which I readily agreed to.

Tuesday 14th November arrived, and I meet Dr Amalka Woodall she has a laboratory which would make the small cider producer green with envy. It has all the equipment for producing small batches of cider and perry; washer, scratter, tradition square press, fermentation tanks. But all is measured, weighed the type of apple and its origin noted. The yeast used, and a strict check on temperature and the many other changes that take place during fermentation, it is then matured, some in oak casks. It can then be racked of and put into bag & boxes for tasting, or be pasteurised, may have garbage throw in it carbonated, and off for tasting.

They basics of the research is checking on the individual apples to see what sort of cider they produce, strength, flavour, the effects of blending before, and after production. Anything you can think of doing with an apple they do.

When they produce one they believe could be a good seller they pass it to the marketing & sales department and were it could become one of the Bulmer’s portfolio.

I am pleased to say that they are looking to get back into unadulterated real cider at the present time.

The Cellar Door, the first micro pub in Newport, Gwent, finally opened in the middle of November it has 8 changing Ciders & Perries, and several bottles, and cans.

There is still work to do complete the micro pub. a second bar, toilet, finish the decorations and tidy up. Paul is opening Wednesday to Sunday mid-afternoon till 11ish.

It is well worth a visit and easy to find. Out of Newport Railway Station turn right over the railway bridge past Tesco on left 3 doors up on the left.

It is early days for The Cellar Door, so Paul is running a market research programme of the drinks people go for, the opening times, and other points to satisfy the customers.

From a customer’s inquiry at the Cellar Door we were asked if we could provide a cider bar together with other food, and craft stalls, to promote the Medieval ship that was discovered in the mud of Usk estuary at Newport. This is a programme similar to the “Mary Rose” were an old wooden boat is being restored from a wreck preserved in mud. The venue was a unit at an industrial estate, were the timbers from the ship are removed from hull treated, and freeze dried. When all timbers have been preserved, the ship will be put back together and be displayed.

It was hoped the Festive Fair would bring in the general public to see the progress of the restoration, and also sell our wares to help the funds. Unfortunately, being an industrial unit there wasn’t any heating, it was a freezing cold day and to allow people entrance, the roller shutter door had to stay open. The only thing we sold was mulled cider, and took a total of £15.00. Not the best of days

It was the first event they had tried, and we suggested it would be better at a warmer time of the year. The work that is being carried out, and the history of the ship could be of interest to lots of people, and an event to promote with organise entertainment related to the medieval ship with an entrance fee, could raise funds.

Majority of the events have been a music festival with beer and cider.

On this point, I have been approached by one of the larger event organiser in Wales, but who also organise, and set up festivals in venues all over the UK.

They have seen a large increase in the consumption of real ale, and particularly cider & perry. This has given them some problems with organising, supplies, trying to deal with numerous microbreweries, cider produces, setting up stillage, and dispense.

Having visited a couple of CAMRA beer & cider festivals, they are saying this is the answer to what they are looking for.

We have had a couple of meetings, and I see that working together could be an advantage to us both. CAMRA with all its experience of organising events with numerous ales, ciders, and perries from a large selection of breweries, & Cider producers, together with our knowledge of dispensing the drinks to the customers.

They could offer events with many thousands of bookings attending their events, and would be happy to pay for the service, and hire of equipment. They would be pleased to assist us in marking, advertising, and promotion of our beer & cider festivals together with their large client list.

I can see CAMRA being of great assistance to organising the bars for their event which would also earn money for us, and the advantage to CAMRA would be to introduce real ale, real cider & perry to a new section of society who would not normally attend a CAMRA beer & cider festival.

Also, they would be happy to join with us to promote our events.

The Welsh cider producers are concerned with the potential new taxes. Not only was there the rise in the tax band 7.5% to 8,5% aimed at decreasing the sales of “White Cider” Which is manly stocked by super markets at low prices,

But the Welsh Assembly Government is proposing a charge of 50p per unit on alcoholic products.

Most of the Welsh cider producers agree the description of cider should change, with the juice contents taken in to consideration.

An excellent comment came back from Mike Penney Troggi Cider

“As a doctor (retired) I would agree there is a problem with the sale of high strength cider (white cider) on health grounds and I also have objections to the way modern “factory” cider is produced – pressed juice or reconstituted concentrate heavily fortified with sugar (often referred to, probably erroneously, as chaptalised) then fermented out to 15-16% ABV with alcohol tolerant yeast, then decolourised, and variously doctored and diluted, recolourised, sometimes made cloudy (how odd is that), flavoured and fizzed to produce the various ranges of product. Just about as far away as you can get from a naturally crafted cider. I would be all in favour of linking duty to juice content but of course this would need to be an inverse relationship – the higher the juice content the lower the duty. Years ago, a colleague and myself tested about 30 commercial ciders for juice content and the worst offenders were less than 25% juice.

As the last statement in the HMRC document points out “Many traditional cider makers are small producers making less than 70 hectolitres per year. These producers are exempt from paying any duty at all”. So, in that respect any duty changes will not affect me”

Other comments were that the tax band of 7.5% to 8.5% would not work as it would only need the manufactures of “White Cider” to drop the alcohol level below 7.5% to be free of it.

Most Welsh Cider producer, also have the advantage of The European Protected Geographical Indication status (PGI) will guarantee consumers the confidence they are drinking the genuine Welsh product when they buy Welsh Perry and Welsh Cider.

So with the above it is hoped we can get some progress on resolving the tax and unit charge for “REAL” Cider.

Hello All
We have our first regional meeting of the year, Saturday 27th January, at The Llanerch Inn, Llandrindod Well 1.00pm.
If you have any items you wish to raise, or have put on the agenda, please let me know, together with your branch report.
I will then send you an agenda, directions, and details of public transport to the Llanerch.
The Llanerch normally has four ales, and three cider, and if you wish to eat, I will include the menu.
Any clarification or further info please give me a call, my contact details are below, but if emailing me please use chris.pearapple@gmail.com
don’t use the RD.Wales@camra.org.uk as it does not connect???
Wishing you all a successful New Year, without frustration!!!!!
Chris Charters
CAMRA Wales Dep Director
CAMRA Wales Cider co-ordinator
CAMRA Radnorshire Branch Chairman
47 Gwernyfed Avenue, Three Cocks, Brecon, Powys LD3 0RT
Email chris.pearapple@gmail.com
Phone 01497847638 m 07531658062
Skype chrischarters1 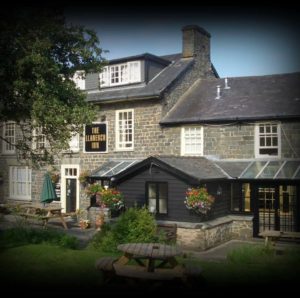